I remember the first time my little brother learned that girls fart. It was our Grandma who taught him.

But I’ll come back to the story in a minute…

Recently Trevor Noah (at the Daily Show) made some remarks about never really knowing how a person behaves behind closed doors.  Lots of people have come forward to defend Judge Kavanaugh as a good man with a solid reputation–which prompted Noah to make the following statement:

“In society, we’re seeing this over and over again–whether it’s Bill Cosby, Les Moonves, Brett Kavanaugh–and I’m not saying Kavanaugh is guilty of anything. But what we’re seeing is that people struggle to understand that two things can be true and [seem] contradictory at the same time. You could know somebody as a great person, and they could also be doing something you don’t know about, that makes them someone you wouldn’t recognize…”

I want to be clear: I agree wholeheartedly with this point.  People struggle to understand that certain people, regardless of image, may be capable of doing extrememly horrible things…

My only question is, why does he only name Kavanaugh in his example–failing to mention that his accuser, Christine Ford, “could” also be two-faced?

Of course, I’m not saying Ford is guilty of anything.  I’m just saying it seems that some people struggle to understand it’s possible for her to be an influential professor to some…a broken victim to others…and also have a vindictive streak that her friends wouldn’t recognize.

It seems Trevor Noah (and many others) can’t wrap their minds around the possibility of a woman who lies.

On one hand, I think it’s kind of nice that most men I know are quick to give women the benefit of the doubt. (As a woman, especially, it’s nice to be assumed morally-superior and basically innocent until indesputably proven guilty.)  But, there is a downside when I think of what this means for the boys/men I love.

Whenever people talk generally about bad behavior, they’re most likely picturing a male sinner in their minds.  And even when we discuss the fact that people can surprise us with their inner beast, we STILL probably aren’t picturing our female friends doing anything evil.

It’s much easier to believe men are pigs than women are… (Even the men who have doubts about Ford’s story still tend to say things like “She was confused,” or “she’s being manipulated by the Democrats…”)

Noah Trevor doesn’t seem to have considered that Ford could have the same problem that Cosby and Moonves have:  she has internal issues, regardless of exterior appearances.

That’s why I’m thinking about my brother and my grandma…and farts.

At first, the idea of women farting simply didn’t compute for Tim. He had trouble accepting that even soft-spoken, good-smelling girls have moments where they aren’t sweet.

I’ll never forget the day our Grandma looked him dead in the eye and said, “I fart quite a bit!” And he giggled before realizing she was serious and scrambling to make sense of the news.

Finally he decided that maybe Grandma farts A LITTLE, but girl gas still can’t be as loud and offensive as guy gas.  He still couldn’t accept the reality without assuring himself that males farts are still worse.

All that to say, I agree with the sentiment that you never know what someone may be hiding. I’m not saying Ford is guilty of anything. Just remember she COULD be a smart, generous, bubbly person to you and a manipulative life-destroyer to someone else.

If justice is ever going to be served, we can’t give one sex the benefit of the doubt over and above the other.   We MUST understand (and fully agree) that both men and women make terrible decisions and behave selfishly.

When there’s a stink in the air, it’s natural to suspect the man. But that bias flies in the face of real justice.

Take it from me, son.   Women fart quite a bit. 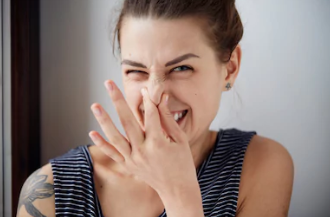 9 thoughts on “Women Fart, Too”