Did you know that college professors often get asked to change the grade of a student who thinks he/she deserves a higher one?

“…plenty of professors have told me that when many of their students get to college, they lug into the classroom a sense of academic entitlement—a belief that their papers and exams should be graded on how hard they’ve worked, not how well they’ve mastered the material.”

This is relevant in my home state of Indiana right now–because the Board of Education is conducting an investigation about why so many college graduates are unable to pass the State exams to get their teaching licenses.

Instead of asking ourselves whether colleges are graduating students who aren’t actually ready to teach, many Hoosiers are simply concluding THE TEST IS TOO HARD.

Nobody seems interested in the fact that Universities have spent the last few years telling kids they’re smarter than they are.

Nobody even MENTIONED the term “College Grade Inflation” in this article.  (Look it up!)

Meanwhile, Americans across the board are lagging behind other developed countries in basic math/reading skills.

Check out this article: Americans are getting dumber.

“In math, reading and problem-solving using technology – all skills considered critical for global competitiveness and economic strength – American adults scored below the international average on a global test…

Adults in Japan, Canada, Australia, Finland and multiple other countries scored significantly higher than the United States in all three areas on the test…”

That’s kind of depressing, isn’t it, Americans? (I mean, assuming you could read and understand that block quote…?)

“I was tired.” or “I wasn’t given enough time” or “That wasn’t on the practice test!” or “I’m not going to need that information anyway”  or “I worked hard–so that should count.”

Nobody likes to fail. But it seems Americans are especially good at giving each other excuses for it. We hardly ever choose to accept blame for something, when we’re given the option to blame something that’s out of our control.  (We’re quickly realizing that there is ALWAYS something out of our control, that’s convenient for blaming.)

Truly, I’d be more likely to believe the tests are unfair if our entire culture didn’t spend so much time elevating FEELINGS to the same level as facts.

Unfortunately, it’s pretty obvious that our entire education system focuses much, much more on “positive thinking” than on good scholarship, just by looking at the things we say to anyone who is struggling to get the result they want:

“I am meant to teach…” no matter what the tests say…

“I know at some point I WILL get it”…

(Well, no argument there.  Luck will be on her side eventually.)

(But why don’t we ever talk about “knowledgeable” teachers???)

“This test is keeping good educators from entering the classroom.”

(Again, he assumes he knows what a “good educator” is, better than the test.)

“Just because someone can pass a test doesn’t mean they’ll make a great teacher.”

Too many Americans–who likely graduated from public schools–now seem to believe that feelings and intentions count for more than whether a teacher actually knows his/her stuff. 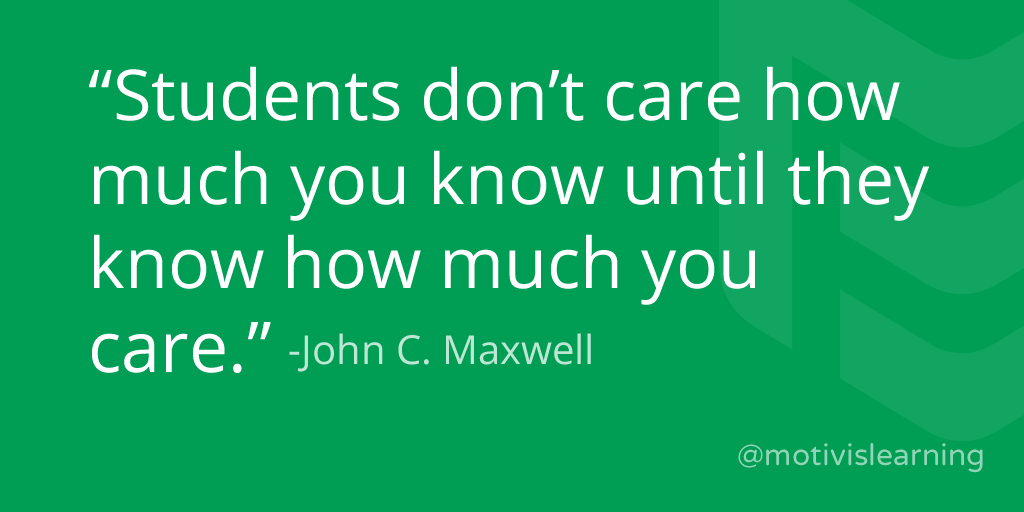 This has become a mantra in the education field.

“Students don’t care how much you know!”

“Students don’t care how much you know!”

And I’m over here shouting, “Maybe they don’t care what you know–BUT THEY SHOULD!!!”

(For the record, I will teach my children that wise people seek out the most knowledgeable mentors–even if they’re not the nicest ones. If somebody has proven they are an expert in a certain area, you would be a fool to ignore what they say, just because you don’t think they “care” enough. That’s another ridiculous, American excuse for staying ignorant.)

Meanwhile, it’s just a matter of time before we start complaining to the world researchers that their tests ranking us below Japan, Canada, Finland, and Australia were tooooooo haaaaaaard!

I bet we’d catch up with the rest of the developed world if we changed the test and started asking everybody how PASSIONATE they are about taking it.

If question #1 was, “How much do you believe in your ability to pass this test?” Americans would select, C. I can do anything if I work hard enough.  And, of course, by the new standards, that would be the correct answer!

We’ve got a lot of “passionate” and “positive” people in this country!

Somehow, we always find ways to believe we’re on the right track–and we deserve to follow our dreams–no matter how many times reality smacks us in the face.

We just know we’re MEANT to do it, even when our dream is to teach young minds how to become Olympic swimmers and we don’t know how to float.

The tests are wrong. They didn’t ask the right questions.

Indiana has plenty of caring people who are eager to educate the next generation about how to blame unfair tests for bad grades…if we can just make it a little easier for them to get a teacher’s license!

8 thoughts on “It’s Not Me; It’s Your Standards”