The Americanization of Mental Illness

So… why have I been so unfortunate as to miss it until now?!

I strongly suggest you read the original, but the basic premise is: Americans don’t know as much about mental illness as they think…

…and, unfortunately, we’re teaching the rest of the world to have the same symptoms we do.

“This unnerving possibility springs from recent research by a loose group of anthropologists and cross-cultural psychiatrists. Swimming against the biomedical currents, they have argued that mental illnesses are not discrete entities, like the polio virus, with their own natural histories. These researchers have amassed an impressive body of evidence suggesting that mental illnesses have never been the same the world over (either in prevalence or in form) but are inevitably sparked and shaped by the ethos of particular times and places…

That is, until recently.

For more than a generation now, we in the West have aggressively spread our modern knowledge of mental illness around the world. We have done this in the name of science, believing that our approaches reveal the biological basis of psychic suffering and dispel pre-scientific myths and harmful stigma. [But] there is now good evidence to suggest that in the process of teaching the rest of the world to think like us, we’ve been exporting our Western ‘symptom repertoire’ as well. That is, we’ve been changing not only the treatments but also the expression of mental illness in other cultures. Indeed, a handful of mental-health disorders — depression, post-traumatic stress disorder and anorexia among them — now appear to be spreading across cultures with the speed of contagious diseases.”

I’ll confess, I had to read that twice. It’s a mouthful.

But, basically, as I already said:  American experts (and people-who-just-think-they’re-experts) are changing the way people in other cultures experience mental illness, just by passing on our assumptions.

As Dr. Sing Lee (a psychiatrist at Chinese University of Hong Kong) puts it:

“When there is a cultural atmosphere in which professionals, the media, schools, doctors, psychologists all recognize and endorse and talk about and publicize eating disorders, then people can be triggered to consciously or unconsciously pick eating-disorder pathology as a way to express that conflict.”

Why are we sharing memes on social media about how “mental illness is exactly like diabetes or broken bones”–instead of educating ourselves about how changing your thinking can actually change your physical symptoms??? 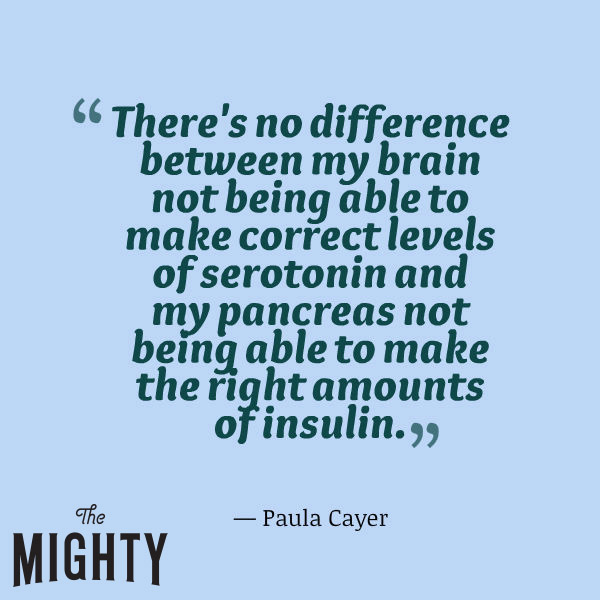 It’s because one of the cultural assumptions Americans have created is that OUR way of dealing with mental illness is “scientific”–and therefore, it’s objective and “right.”

“The idea that Western conception of mental health might be shaping the expression of illnesses in other cultures is rarely discussed in the professional literature. Many modern mental-health practitioners and researchers believe that the scientific standing of our drugs, our illness categories, and our theories of the mind have put the field beyond the influence of cultural trends/beliefs…

Modern-day mental-health practitioners often look back at previous generations of psychiatrists and psychologists with a thinly veiled pity, wondering how they could have been so swept away by the cultural currents of their time… [They] prefer to believe that the 844 pages of the DSM-IV…describe real disorders of the mind…relatively unaffected by shifting cultural beliefs. And, it logically follows, if these disorders are unaffected by culture, then they are surely universal to humans everywhere. In this view, the DSM is a field guide to the world’s psyche, and applying it around the world represents simply the brave march of scientific knowledge.”

So we assume our versions of depression/anxiety/PTSD have always existed, and now (thanks to Western research, of course!) we’ve got names for them and medications which ought to help the entire world. 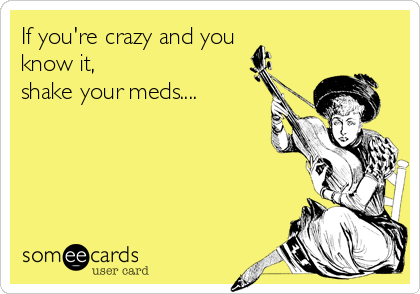 Unfortunately, that’s just not the case.

Most psychiatrist and psychologists are familiar with AMERICAN symptoms and treatments.

But, though a broken bone is the same in all cultures, a mental illness is not.

What a huge piece of information!

It could potentially change the way we treat the various symptoms of mental illnesses across the globe…if only Americans were willing to learn something instead of doing the “educating” all the time.

If we were honest about the way symptoms can be influenced, one of the obvious questions we would ask is, “Can we ‘catch’ symptoms from other cultures, they way they have been ‘catching’ them from us?”

Why couldn’t we change the way we experience mental illness, by changing the way we think about them?

Yikes.  I can hear the American protests already.

“NO! Mental illness isn’t a choice!”

If we WERE truly open-minded, perhaps we’d see cases of China’s older (milder) version of Anorexia spreading across the United States, instead of passing our deadlier version on to them…

Anyway, I’ll wrap up with one more summarizing quote, but I’d love to discuss it further with others who find it as fascinating as I do.

“What cross-cultural psychiatrists and anthropologists have to tell us is that all mental illnesses, including depression, P.T.S.D. and even schizophrenia, can be every bit as influenced by cultural beliefs and expectations today as hysterical-leg paralysis or the vapors or zar or any other mental illness ever experienced in the history of human madness. This does not mean that these illnesses and the pain associated with them are not real, or that sufferers deliberately shape their symptoms… It means that a mental illness is an illness of the mind and cannot be understood without understanding the ideas, habits and predispositions — the idiosyncratic cultural trappings — of the mind that is its host.”

7 thoughts on “Would Your Mental Illness Be Different In China?”